Does LearnDash Have an App? I would go straight into the answer, no LearnDash doesn’t have an app and it’s just a WordPress plugin. But luckily there are quite a few ways you can convert your LearnDash website to a mobile app.

Being as someone into LearnDash consultancy and development for over 6 years I am going to give you a practical analysis of each option.

Before going to the answer, let’s answer another similar question usually asked by the users.

Does LearnDash works on mobile?

Well, it completely varies based upon how you have setup the system. LearnDash is just a WordPress plugin which adds LMS functionality to the system.

If you have a theme which is built for mobiles in mind, and if you have built your pages responsive, your website would work just fine on mobile.

If we talk about built in elements of LearnDash, almost everything is responsive and works perfectly on mobile phones.

Now let’s get back to the original topic on how to build a mobile app for LearnDash.

Recently there has been quite a huge hype of BuddyBoss App for LearnDash. If you are using LearnDash for quite some time, I am sure you must have received quite a few emails from LearnDash sponsoring BuddyBoss.

I personally have used them without any issues. It took me less than two days to convert a LearnDash website to a mobile app.

At the same time it requires technical competence. If you don’t have high technical experience, I believe you will have to go through a learning curve, hire a developer to do it for you or may have to pay BuddyBoss devs to do it for you ( BuddyBoss will make you wait over a month and will charge around $1000 for the development service )

I personally liked them and found them easy to use.

But I have seen a few people complaining like they had to wait months for the app, since they didn’t have the energy or technical competence to do it themselves and still there were some bugs.

But if we talk about the numbers, 8/10 people were highly satisfied with the BuddyBoss app.

We can easily say this system isn’t mature enough but the reason I have counted it on the top is because it’s the only tool recommended officially by LearnDash.

Here are a few other reasons it’s worth considering.

If there is a mature alternative to BuddyBoss, it’s definitely AppPresser. They are in the business for a long long time and are offering LearnDash compatibility for at least past 3-4 years if not more.

But why would you use AppPresser when you can go for BuddyBoss’s app?

I personally believe currently these are the only good options. Although there are a few other methods as well but I won’t go into them since they are not competitive enough.

If you think there is another competitive platform, ensure to mention the link in the comment. 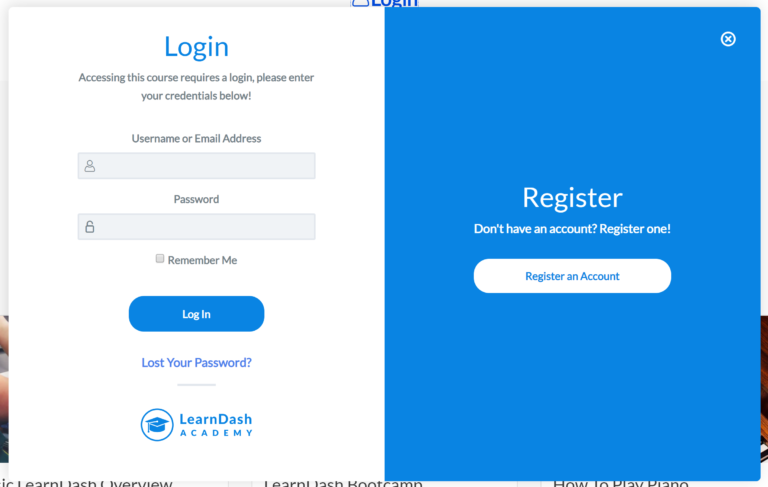 LearnDash has brought in massive changes after version 3.0. One of the new features is login and registration popup. It comes with a very nice login page, with a registration form. But some of the…

It’s been over 5 years since I have been working with LearnDash for different clients, and one thing I always found with small entrepreneurs. They never realise how much does a LearnDash website actually costs….

I am always recommending WooCommerce to my clients and they are always asking “why do we need it?”. That’s why I have decided to put up an article explaining some of the biggest reasons to…